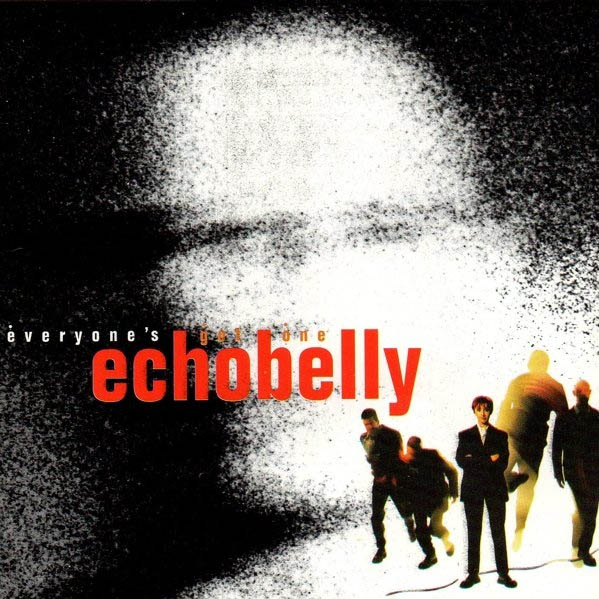 Buy Everyone’s Got One

The title for our first album E.G.O – (Everyone’s Got One), was inspired by my fascination with wordplay.  Growing up, I never consciously conspired for a place in popular music, to be a frontwoman, or to experience a rock’n’roll lifestyle.  My real joy came from the written word and its ability to create worlds in which I could lose myself.

Triggers for song lyrics were everywhere.  My upbringing, some would call strict, along with a predominance of females in my family, (dad complained that even the cat was a eunuch), fuelled rich pickings and fresh perspectives.  I chose what I thought were unexplored subject matters for many of the lyrics for EGO: (Father, Ruler, King, computer, Give Her A Gun, Call Me Names…..) I did not have much access to the pantheon of great musical pioneers.  I did have Top of the Pops, the weekly pop chart counterbalanced by my father’s tears as he listened to the poignancy and multi-faceted meanings inlaid into classical Indian Ghazals.

I first met Glenn Johansson in a bar in London, wrote my number on a cigarette packet and three weeks later, he’d moved into my flat in Soho, W1, London.  He was in a band of Swedish pretty young things but he willingly let me steal him to start something of our own.  Without Glenn’s talent for songwriting, I would never have had access to this world.  I would be somebody else, doing something else.  I’ve always been blown away by how easily the melodies pour out of him.

Andy Henderson and Alex Keyser, our drummer and bass player, quickly followed and as retrospective acuity allows, we became aware that together we were creating something we called special.

There were, at one time, four of us, a dog and two cats living in a one bedroom flat in W2 London.  Andy’s focus and enthusiasm was the driving force, the backbone. We all did pretty much everything together, drank and drugged, wrote and played, gigged and ganged up, Echobelly became real, really real.

The BELLYACHE e.p, our first release came out in late 1993.  I DON’T BELONG HERE, is still one of my personal favourites. The band couldn’t quite nail it in the studio.  We nearly gave up until Alex made a fire hazard with loads of candles and in the early hours, it came through as pretty much one take. Us lot as one together, that elusive atmosphere we’d been chasing, captured and sparkling on two-inch tape.

Alex was dark haired, cool, aloof till you knew him with deep pockets of hidden kindness. He was well connected and seemed to know “a man who could…..” in every area that would be of use to us.  The first T-shirts (sold out before we could print off anymore, dark denim blue with “There’s something alive in here,” were his idea.  The radio stations (the ones we listened to anyway), were playing the e.p. and there was a “this is something special” buzz that morphed into sold out sweaty gigs…..Braintree, Essex, no-one came to see us, not one person.  Camden Falcon, The Monarch, Kentish Town, Water Rats, Kings Cross all rammed, Army and Navy, Chelmsford, well past the legal limit of tightly packed jumping bodies, the ceiling collapsed on us and we kept playing.  I half fainted, not enough oxygen in the room to fuel my voice.…. Driving home on a shared high.

As Echobelly, we did not do our fair share of the musical apprenticeship, transit van gigs and years of honing, which typify the early years for a lot of bands. It happened very quickly for us.  The boys had all been in bands before, but I was winging it, it was all brand new to me.  Now there was a fresh wave of groups coming up that somehow we were being included in, a (pseudo) camaraderie and a defining look was what it now took to be that week’s gossip.

Our very first single, INSOMNIAC, was released in March 1994.  The lyrics echoed our lifestyle: On a high and not coming down anytime soon.  The B-side, TALENT, a cutting homage to the um and ahs, talent scouts of the then great record label machine.

During the summer of 1994, we had about two weeks to record E.G.O.  at a residential studio in Chipping Norton.  Simon Vinestock, an endearing and talented man, produced it.  Debbie Smith had joined us.  She came to one of the London shows, stood right in front, singing the lyrics back to me, introduced herself after the gig and told us that she had been playing our songs on her guitar.  A few weeks later, during a night out in Camden, Glenn fell and hurt his arm.  We were going to see a band and it wasn’t until the early hours that Andy took Glenn to hospital and we realised the significance.  We were about to go on tour and Glenn wouldn’t be able to easily play his guitar for a while.  A quick call to Debbie asking if she’d like to help out? She quickly becomes one of us.  That girl was unique, prowling on stage like a panther.  She taught me quite a lot about what rock’n’roll really meant.

We got busy with touring.  Gigs and festivals in the UK, Europe, Japan, USA and Canada lined up.  Radio sessions, press and television were thrown in.  Most of it is a blur with the oddest of in focus moments and memories thrown in.

I CAN’T IMAGINE THE WORLD WITHOUT ME was released as the second single in July ‘94.  The lyrics are tongue in cheek, willfully arrogant and true: Which world, which you?  Alex added the perfect touch with a cheeky whistle in the beginning and I wrapped it up with a “me, me, me…..” mantra rant at the end.

Our last single, CLOSE, BUT, came out in October ’94.  The lyrics were written in an attempt to understand the feeling of loneliness that was growing inside me while I was surrounded by an entourage of more “friends” than I had ever known before.

The year ended with sold out shows in Japan and afterwards, at the airport in Tokyo, everyone was together, flying back to England to be home for Christmas, exhausted and exuberant.  I, however, was taking another flight as I was squeezing in a visit to mum and dad, who had moved back to India.  I found myself suddenly alone, even more so as we had travelled together, band and the extended family we called the crew, for what seemed a lifetime already.  What a year it had been.