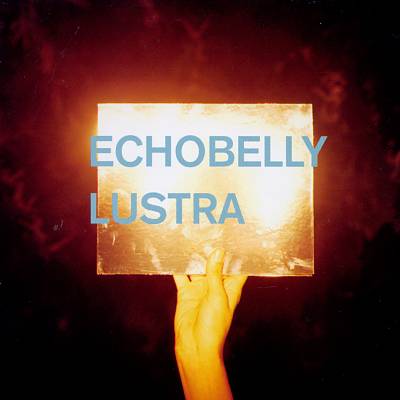 The route from West London to Hampstead was always better on the back of Glenn or Andy’s motorbikes. It was Spring 1997 and they had both bought black and chrome Harleys, which were so loud that they’d set off the car alarms in my street. We were on our way to Air Studios in Hampstead to record our third album, LUSTRA. It was an amazing place, set in a vast old church and owned by the legend that is George Martin. Everything was on a grand scale here, both in quality and expense. There was also the tale of the angelic ghost that some swore they had encountered high up at the top of the stairs. I sat on those stairs, half hoping to encounter her, but she only came to me in my imagination.

We had been in exile for a whole year, while the dispute between Rhythm King and Sony took place and we were dying to get on with recording LUSTRA. Rhythm King, our label for the first two albums, was now looking to Arista for funding. Sony was determined to keep us and made it clear at a round table meeting with the band and various very important persons from the label. The head of A&R at the time, Rob Stringer, came in late and charmed the socks off us. The deal was done. A big budget, a big deal and a big future was the offered horizon set out in front of us.

The Fortress was a rehearsal complex in Shoreditch, that had become one of our familiar stomping grounds and a place to get the songs for LUSTRA into shape. Every place has its glory days and The Fortress was buzzing at the time. Primal Scream, Swervedriver, Tricky, Oasis and many others were sometimes to be found in it’s windowless corridors.   Shaun, the owner, was astute and convivial, in equal measure and Fatty, (appararently named after the size of the lines he took), was a roadie for many a band, when he wasn’t running the café with his wife.   He once bandaged his own hand after a severe “blood brother ritual” at a hardcore club when with us in Prague, but that’s another story.   I vaguely remember a few last minute lock-ins with a flow of enough drugs ‘n’ booze to create a real party atmosphere. I was more in tune with a little black cat that would greet us outside the post war council flats we would pass, just before the entrance to the Fortress. She was always there, purring away. She was a little beauty.

We asked for Gil Norton to be the producer for LUSTRA (based on our love for the band, PIXIES). Gil said yes and someone (Gil?), suggested Air Studios. I don’t remember as much as I should about recording any of our albums, perhaps because the vocals were always recorded quickly. We brought in an electronic aspect to this album.   The demos were rough diamond versions of how we wanted the songs to sound. Gil hired the services of Ben Hillier and Mark Phythian, to work on that side of things. Mark spent nearly all his time with us, glued to the computer screen, working on Pro-Tools and Ben used his talents to add some of his unique, quirky style to some of the songs. The process started with laying down the drums and then layering the instruments, doing a rough mix and then adding vocals. Sometimes the band would all play together, depending on the vibe needed. Ian Dury, who must also have been working at AIR at the time, once held the door open for me, giving me a lovely smile. I was too shy to speak to him.

BULLDOG BABY, the first track on LUSTRA, is still the only song that detoured from the way Glenn and I have always written, in that the words existed before the music. It was a poem I’d penned, influenced in part, by Orwell’s “Down and out in Paris and London”. Various subject matters for other LUSTRA offerings: I’M NOT A SAINT- schizophrenic confessions from the point of view of a bad deed. HERE COMES THE BIG RUSH – The rush of excitement from bending the rules. IRIS ART – a psychedelic love homage. THE WORLD IS FLAT – Thinking from outside the box, or sphere, in this case.

We hired a bona-fide 24-piece orchestra for the euphonious arrangements on this album. It was thrilling to hear them play our songs. We crept around the orchestra room at Angel Studios, in awe of the immense sound. (We were in a smaller room at Air and moved to Angel specifically for the orchestral recordings).

For the B-sides, we returned to one of our favourite recording studios, (long since gone), Wessex Studios in Islington. It was also in a converted church, but very different to Air Studios. It was rougher and by now, permanently held together by temporary measures and gaffer tape. The Clash, Queen, Sex Pistols, Talk Talk had all recorded great music here during its heyday. You could feel the creativity in the place. On FALLING FLAME, it’s kind of amusing to know that my voice was wavering, not by any stylised affectation, but by being out of my head. I never could keep up with the others!

Sony decided (for us, unlike before, when we decided for us), to use a design company called Tomato, to do the artwork and the video for the first single, THE WORLD IS FLAT. They were a disparate bunch of Soho based Artists with the image of a renegade collective. They were bloody good. The limited edition gatefold artwork for LUSTRA was a beautiful, covetable package of sky blue, gold and black with Dirk, the designer’s photos of my hand holding a reflective card and quotes from the songs. Sony packaged the standard design Cd’s as a little more ordinary.

We were booked to play the festival circuit around Europe, in between recording and mixing. Debbie left the band sometime in this haze, bad blood and bad vibes, sadly. Someone recommended a guitarist, a young guy from Hemel Hempstead, called Julian Cooper. His father is a well- respected guitar luthier and while at the time, Julian was fresh faced and innocent, he played with real skill and ease. I remember backstage, the girls in Copenhagen were especially enamoured of him. His playing added a harder edge to our live shows.

Just before recording LUSTRA, we finally sacked our original manager, after years of incompetence. For a while there had been no-one at the helm to look after us as our manager had been suffering continual illness but refused to let anyone else take care of things. The only thing we did miss was how close we all felt in the first years of the band’s existence. Incompetent or not, we were never to capture that united feeling with any future management. Serendipity mutated into a loss of innocence, hollowing out the joy of being in a band.

We played the UK and European festival circuit that summer. Our live performances had moved into a heavier sound, which was a natural progression for us with LUSTRA. It was released in November 1997. It did not sell the amount Sony had been expecting, nowhere near, in truth. The Britpop wave had started to collapse. Very quickly, the brakes were put on with an audible and painful shriek of the end of an era. We were almost numb, though half expecting it. We took it to Sony, before they took it to us, had a meeting with Rob Stringer and said it was time to leave. It was like handing in your resignation before you get sacked in order to say you chose to go. Rob eventually was head hunted to go to Sony’s New York office and very quickly, everyone we had worked with seemed to melt away. Most of the friendships that had been cultivated became tenuous almost immediately. In our naivety, we felt hurt, misinterpreting them for real friendships.

One drunken evening, a few months before the dawning of the millennium, Glenn, Andy and I, talking about how we’d like to acknowledge the big 2000, merged our desires into “listening to Hendrix’s Purple Haze, while looking out at Everest …” Glenn took hold of the insanity and booked three tickets to go trekking in Nepal. Our only training was one walk around Richmond Park, which ended up in the pub, inevitably with those two. Still, we went. We were lucky to be alive as the tiny airplane belonging to a Yeti Airlines, which had flown us out to the makeshift runway, suffered a fatal crash on the way back to Katmandu.

On New Year’s Eve, the three of us took our places in the circle dance of the local Sherpas, tanked up on home brew, high up in the Khumjung region of the Himalayas in Nepal. Outside, the inky night sky dazzled with its be-jewelled display of countless stars. It was surreal in its majesty and it was far, far away from London and its music scene.